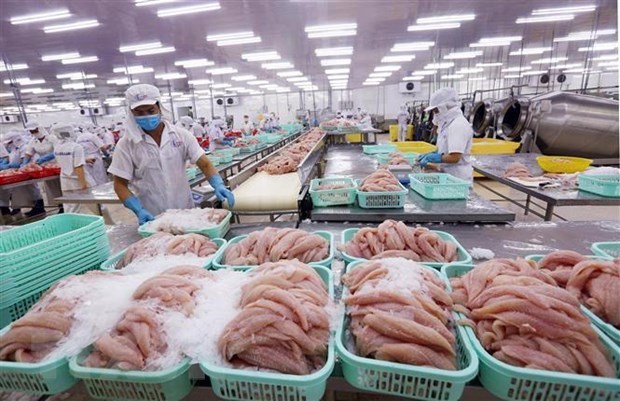 Hanoi (VNA) – The Ministry of Industry and Trade (MoIT) is set to bolster action while Vietnamese enterprises have been recommended to gear up preparations as more trade remedy investigations are expected in 2021.

Sharing the same upward trend in exports, however, is the number of trade remedy cases instigated against Vietnamese goods.

The country has successfully dealt with about 43 percent of cases, thus ensuring the continued export of basa fish and shrimp to major markets like the US and the EU at zero percent or very low tariffs.

Chu Thang Trung, Deputy Director of the MoIT’s Trade Remedies Authority of Vietnam (TRAV), said trade remedies are appropriate policy tools that the WTO recognises and permits its members to use in international trade.

WTO figures show that more than 4,500 trade remedies have been applied by members since the organisation was established in 1995. Such measures are clearly not an abnormal phenomenon, Trung said.

Vietnam’s membership of many FTAs has sped up the removal of tariff barriers on its exports, giving its goods a greater degree of competitiveness in import markets. It has also put more pressure on producers in importing countries, forcing them to use legal trade policy tools to protect their interests, including trade remedies, the official added.

He pointed out that due to some countries’ trade protection policies and lingering difficulties in the global economy in 2021, the number of trade remedy investigations targeting both Vietnamese exports and imports into the country is predicted to remain high for the foreseeable future.

This will expose domestic manufacturers to new challenges, especially as key FTAs like the EU-Vietnam FTA (EVFTA), the Comprehensive and Progressive Agreement for Trans-Pacific Partnership (CPTPP), and the Regional Comprehensive Economic Partnership (RCEP) will present fierce competition.

Therefore, he added, TRAV has recommended businesses equip themselves with knowledge on trade remedy regulations, particularly those of Vietnam and its export markets, while gearing up resources to cope with any trade remedies.

Pointing out certain shortcomings, experts have said the capacity of local businesses in regard to trade remedies remains modest, while there are ongoing problems in legal regulations and coordination among related agencies.

MoIT has developed a plan on improving the capacity of Vietnamese enterprises to handle trade defence measures now the country is party to many new-generation FTAs.

Experts also held, however, that enterprises themselves need to change their thinking and turn competitive pressure into momentum for reform, development, and product improvement.

Nguyen Thao Hien, Deputy Director of the MoIT’s European – American Market Department, said that to help reduce trade remedy cases, businesses should promote the manufacturing of goods for which domestic material supplies are at hand, as well as those with high added value and rich growth potential amid the pandemic, such as agricultural products, food, and medical equipment.

They must ensure strict quality control and update processing technology so as to raise the value of their products, she added.

Trade remedy investigations can be initiated by one or just a few foreign companies but they pose risks for entire sectors, analysts said, suggesting that Vietnamese firms stay updated with information and actively work with their business associations and State agencies on an effective response.

TRAV Director Dung said that this year, apart from plans on enhancing trade remedy-related capacity and coordination, the authority will also implement plans on building and operating an early warning system for trade remedies and overhaul rules of origin./.

How practicing mindfulness can change your life – Amherst Wire

Mindfulness and Meditation MasterClass with Jon Kabat-Zinn – BC